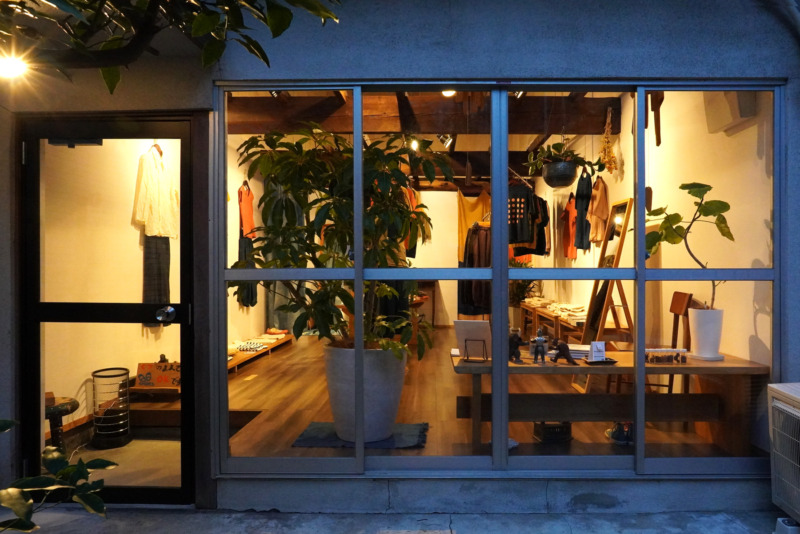 The store is located behind the dyeing studio. Customers visiting the store must pass through a passageway next to the workshop to enter the store. Therefore, customers who visit the store can not only see the products, but also experience the entire process. From the lighting of the burner to the smell of the dye vats, the experience is available just by opening the door.

Feel free to leave your belongings at our shop and stroll around the neighborhood. Take a leisurely walk around and enjoy and experience a slice of real Kyoto. 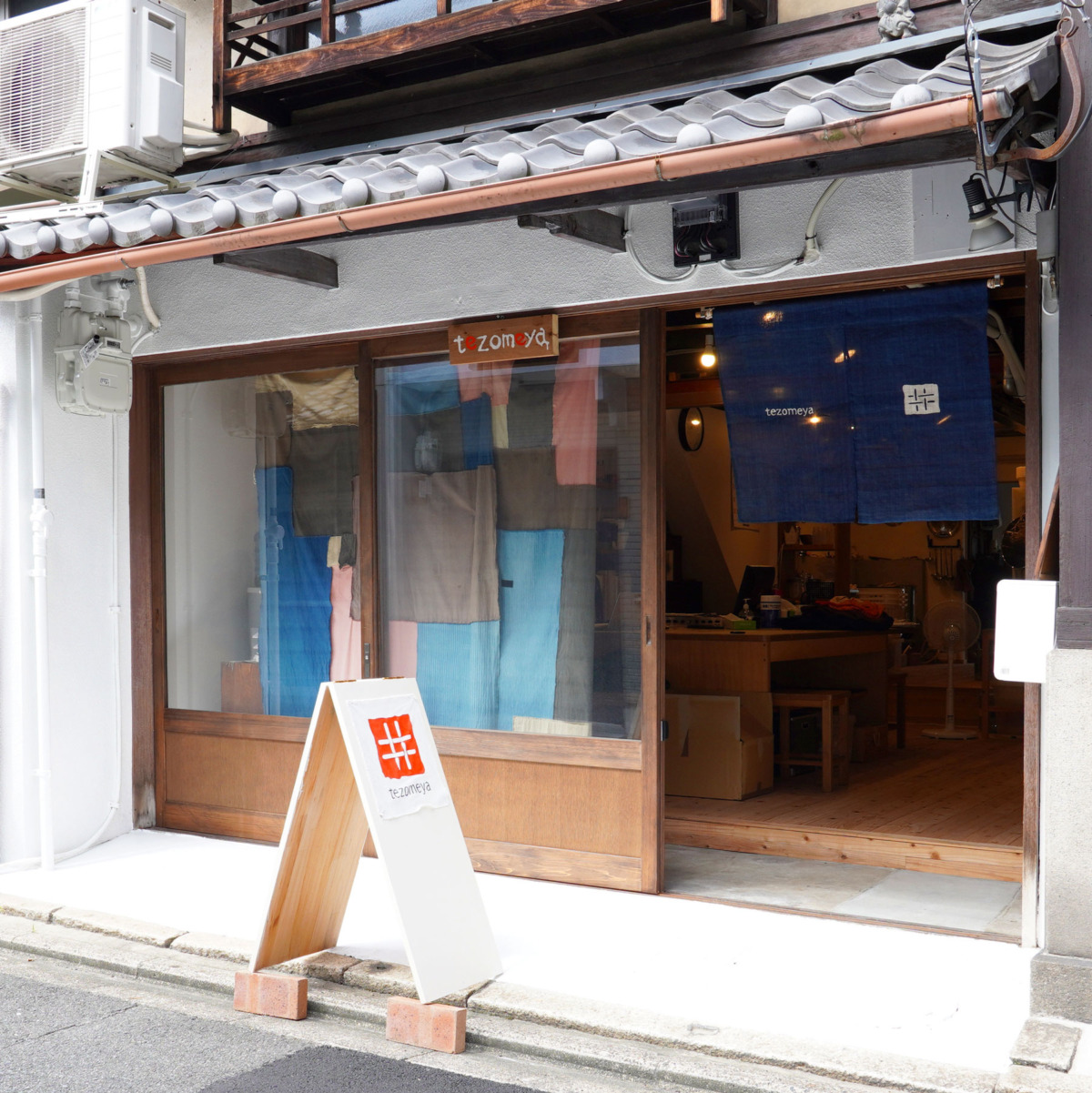 Exterior view of tezomeya facing the street.
Enter from here and go through the passageway to find the store in the back.

11:00-18:00
The store is closed irregularly.
Please refer to the “Store Business Day Calendar” below.

Nijyojyo-mae (or “Nijyo Castle”) Station. From Exit 1 (5 minutes on foot)

From exit No. 1, walk to the right and turn right at the next corner.

With your back to Nijo Castle, continue straight and cross the pedestrian crossing at the intersection.

Pass by the fire station and Nakagyo Ward Office, and turn right at the corner of the ward office.

After the first alley, tezomeya is the second house from the corner.

The dyeing space can be seen at the far left.
Pass through the passageway on the right and the store is located in a separate building at the back.

This is a view of the store.
Please take your time to browse our products in a relaxed atmosphere.

January 1967:
Born in Mie Prefecture, Grew up in Tokyo.

April 1991:
Started working for Wacoal Co., and moved to Kyoto.

April 2009:
Started teaching at Kyoto University of Art and Design.